Call us for an appointment today!

Serving the Greater Tulsa Area For More Than 58 Years

In 1964, Foster was informed that Old Highway 64 was expanding to four lanes. It was to be renamed the Broken Arrow Expressway and would take out the back half of the business. That's when Heatwave moved to its present location on 14th Street, just east of Sheridan. Directly between Bekins Moving and Storage on Sheridan and Anchor Paint on the East, George built a simple single story brick building. The office and warehouse were "more than adequate," said George. "I built the warehouse portion twice the size I thought we'd ever need!" Several expansions and a second story later, Heatwave still lived up to the slogan George chose the first year in business: "House of Friendly Service."

Rice helped to "computerize" the business and by the mid 80's had assumed responsibility for day-to-day operations.

With the addition of stores in Ponca City and Bartlesville as well as the purchase of the neighboring Bekins building, the company business headquartered at 14th and Sheridan continues to expand. Recently, Heatwave built a new consumer showroom on Sheridan.

"Starting with a clean sheet of paper, we've worked with Kohler and other key suppliers to make this a destination showroom," says Rice. "Folks won't have to travel to Dallas anymore to see the very best in bath and kitchen options." 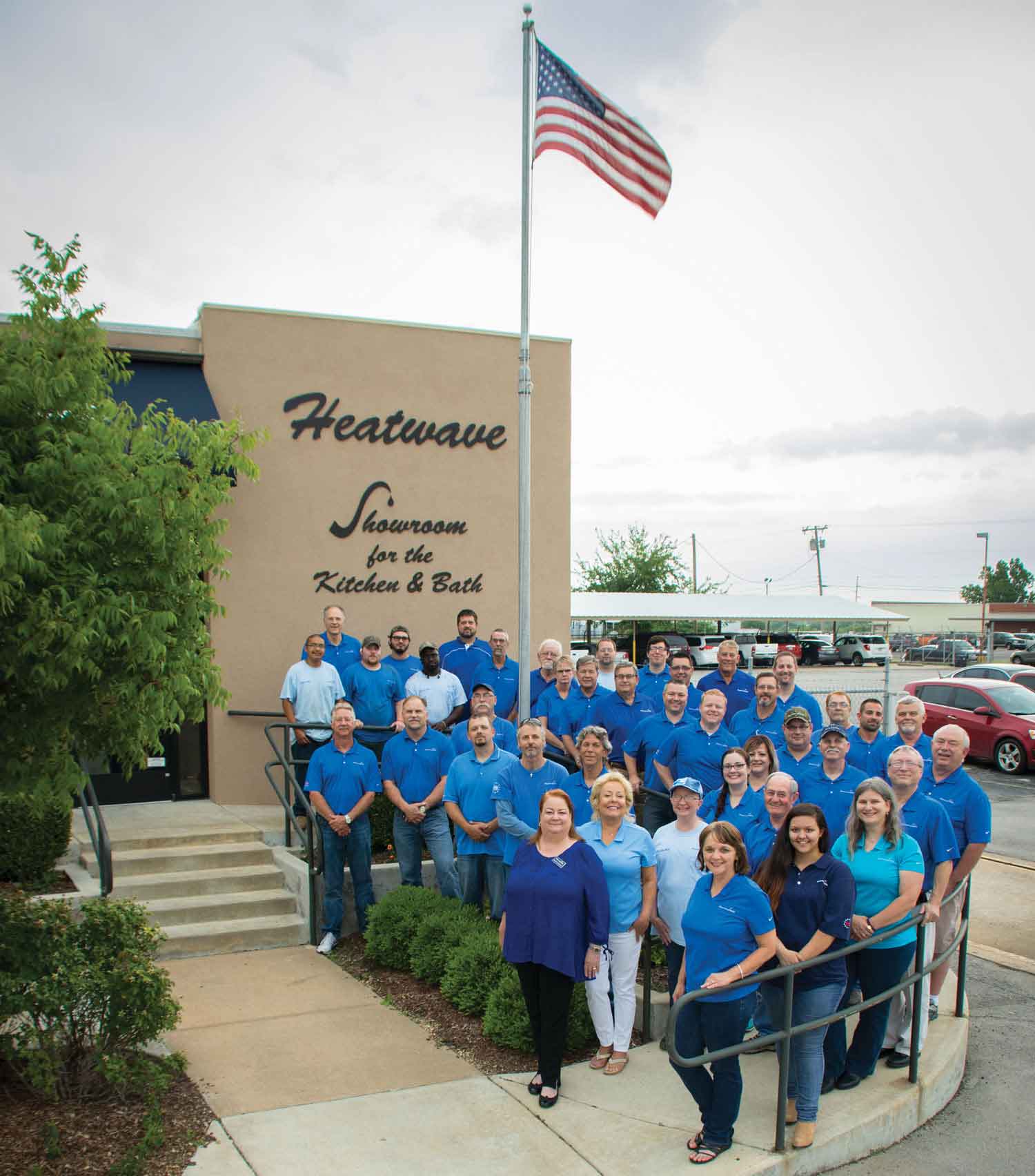 And, the expanded facilities are not the only thing Heatwave can boast about. The company's 40-plus employees "really do stand out from the crowd," with more 450 years of combined experience in the industry. "Anyone can build a building and fill it with inventory," Rice notes. "I'm most proud of the many employees who have decided this is a great place to make a career. With each passing year, we gain knowledge and experience that can't be found any other way."

From the largest physical plant and inventory of any wholesaler in the state to a staff with hundreds of years of combined experience, the "House of Friendly Service" has truly become "A Company with Stock in the Community."

Use the form below to schedule an appointment or submit a question or comment.